PERSONALISING YOUR STORY – an additional outlet

Personalising your story by J.R.Poulter

Are you seeking an additional paying outlet for you work?

Having a ‘personalized’ edition does not prevent you from still seeking out publication of your original text.  Contracts are non-exclusive.

If you are publishing with a small company, they might be interested in adding the option of a personalized version of your story for sale digitally.

How do you do it?

“The little boy clapped his hands gleefully! The thing in the grass glittered up at him in rainbow colours. He tried to grab it!  “Oh!” he exclaimed, the beautiful thing had moved, just out of reach…” [JRP]

Becomes: “Edward clapped his hands gleefully! The thing in the grass glittered up at him in rainbow colours. He tried to grab it!  “Oh!” Edward exclaimed, the beautiful thing had moved, just out of reach…” [JRP]

For rhyming stories, a refrain can be added in to provide the ‘personalised’ element. An example from an upcoming ‘personalised’ version “Ten Little Heroes”, a picture book with a counting element, illustrated by UK illustrator/animator, Alex Slack:

Oops a doops, a whoopsie there!

Mike to the rescue! Mike is here!

Once you have the hang of the text conversion process, you might choose to offer personalized versions of your digital books [e.g. on the App Store, Utales.com, Kindle, Nook, Adobe Digital editions, etc], or self-published children’s books from your own website/store.

Wacky Wordage No 15 – Soupilifications by J.R.Poulter, illus by Mattias Adolfsson 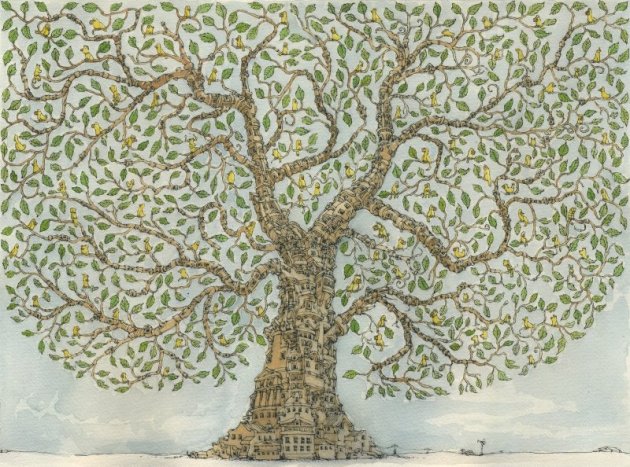 “Soup”, said the little bird up in the tree,

“Disgusting!” the parrot replied, but he lied.

He’d helped brew the stew of the others who’d died.

The little bird looked at his trembly wee feet

“Come sit on the branch here, by my side.”

And the parrot preened, stretching his wings out wide.

“You have big wings, I could curl up and hide…”

That was the last that was heard of wee bird.

So here’s a tip for you or whoever,

Birds of a feather should NOT stick together

If one of them’s on the menu ever!

Wackily whimsical wordage No. 9 – Dandelion Down – banner by Constance Wong

Dandelion Down, banner by Constance Wong

A little bit of feather fluff

Stood up on its tippy toes

To see the way the wild wind blows.

It stretched so high, a little puff

And the dandelion down

Wherever the wind chose!

It danced upon its tiny feet

Across the flowers beds and street.

It twirled and whirled!

It danced until the arms of earth

Reached for the child that it gave birth.

To cuddle deep into the ground.

When she awoke from winter sleep

She laughed in the sun then

She longed to leap!

Where his belly button’s at

That Panda’s getting fat!

He’s also found his toes are all

That’s made of Panda too.

He’s got a taste for honey

When he should be eating greens!

Didn’t listen to his Mummy

Hid his bamboo shoots and beans!

He has to exercise he’s told

Or he will get so big,

Come on Panda, Panda do

Have a waggle, waggle, wiggle,

Wag your tum and bottom too!

It’s more fun when there are two

Even MORE when there’s a few!

Do you fancy dancing too?

There’s room for ALL of you!

Oh dear, the floor is sagging

From the stompy bompy feet

The foundations are all caving in

SCRASH! We’re in a heap!

Oh that was fun!

But better do our dance

I fell in love with this introspective little Panda and thought I’d bring him out of his shell – Joy thought that was a good idea too! This was the result!

This poem and illustration feature in a book we are preparing for Sharing Books [www.sharing-books.com]

Wacky Wordage Number 6 – “The Catattooist” – This one is Nick Harris’s fault!

The Cat Tattooist has the claws,

For executing what he draws.

He has the inks and, yes, I think

You needs be aware

He’s the stuff of nightmares,

With a black sense of humour

As sick as a tumour….

He’s not what you’d expect,

But you have to respect

A cat with such skill and precision!

The lines in designs

And colours so fine

Your back is one ‘hell’ of a vision!

ANYTHING you can dream

He can draw so it seems!

Vampire fangs, all those thangs

One swipe of his claw

And you’re gizzard to maw

Wacky Wordage No. 5 – Self Portrait of Mattias Adolfsson 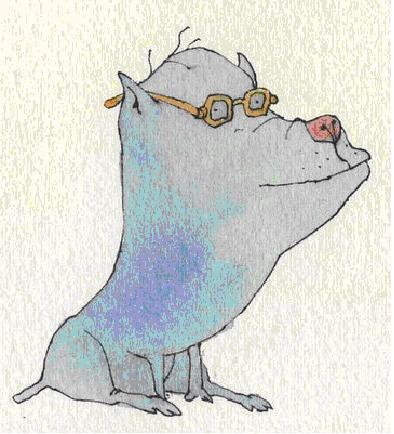 Self Portrait of Mattias Adolfsson

REFLECTION UPON THE SELF PORTRAIT OF MATTIAS ADOLFSSON, by J.R.Poulter

Do you do other Hues too?

A puce or vermillion

But a bit prone to fade….

Just tan is so boring,

Can you really bare to be inked

And then there’s yellow

Well that ‘s a tad mellow…

At least on the fashion track.

I do think blue

Looks good on you!

Would you colour me too?

[This is brave stuff – he has also done a selfportrait as a merman, or is it being half eaten by a sharkodile? I might have to do a wacky wordage on that one too…]

What shall we do?

Because it’s not to anywhere!

What’s it matter what it’s for?

It’s better than standing round being bored!

Me to the front.

No that won’t do!

What, can’t you see?

NO need to swear,

The piggle will hear!

The piggle has peedled himself with fear….

Now, where’d they all go?

How should I know!?

Just piggle on his own boohooing,

[*Loosely translated piggleese – “I really and truly am awf’lly alone and I don’t want to!”]

Mattias has an utterly wild and wonderous blog [http://mattiasa.blogspot.com/2008/07/stekare.html] on which this funny sketch features. It was too good to pass up – I HAD to write the story in the picture – sort of uncontainable verbalaging! The result was the humorous poem appendaged on to Mattias’ artwork [Yes, Mattias did have first peak – just in case it freaked him out of his creative space. ]

In between their teeth,

Who’ve come to cause us grief!

Pickle and prickle them!

The oobie goos spread it too thickly

And now we’re all slushing  in ooh!

What are we to do?

Nottle wattling where he wiggled

In the ooby gooby gooo.

When he went  bumpty, dumpty,

He squashed the ooby goobies,

Squished them into blobs of doobies…

Another trawl through the marvelous mayhem on Blog Mattias [http://mattiasa.blogspot.com/2008/07/stekare.html] found this – “Doodles”– the Bum caught me eye – no, don’t even try and deny that you see it – then came the refrain “bum tiddlee um tum bum bum!” If you don’t do something about a niggly little nonsense like that it will drive you nuts – so I gave way and “Oh Come a Bummer Do!” is the result….

Dragon Party started in similar vein – I was on a bus and the phrase came to mind “drooling dragons dribble by”. I dare you to deny extended life to a phrase like that – it HAD to be poemated!